↓ Skip to Main Content
Home › Literature › Reading In Review: January to May 2018

Reading In Review: January to May 2018

Christopher RichardsonPosted on 28th May 2018 Posted in Literature

Looking back on the first half of 2018, a turbulent year in world politics – and in my field of Korean Studies in particular – I see how much my reading habits remain an anchor. Having quit Facebook in March, and radically reduced my time on Twitter, I have gained an extra hour for evening reading (probably more). Here are ten of the highlights of my year so far… 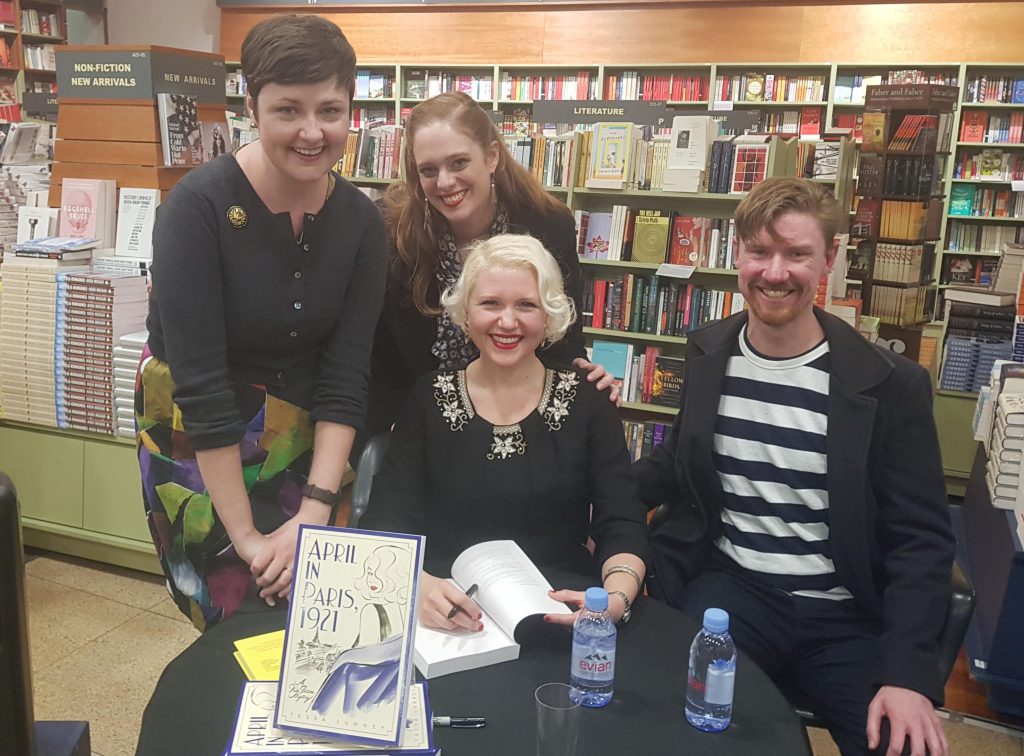 Tarjei Vesaas is a literary icon in Norway, yet I had not encountered his writing until this year (on the recommendation of the infallible Kate Menday … thanks Kate!). The Ice Palace tells of Siss and Unn, schoolgirls living in an isolated rural community in Norway. Vesaas explores the mystery that unfolds when Unn vanishes, perhaps into the ice palace now rising from the landscape like a vision from a fairytale. A beguiling novel, The Ice Palace captures the intensity of late childhood friendships. Equally palpable is its vision of the stark Norwegian land and the secrets it conceals. A slender masterpiece.

Han Kang’s Human Acts recreates the events leading up to, immediately following, and still unfolding in the shadow of the Gwangju Massacre, one of the defining events in modern Korean history. Whilst the world – rightly – focuses on the DPRK, this is an important novel, likely introducing many non-Korean readers for the first time to the recent history of the Republic of Korea in the south, and the price paid for its own liberation from tyranny. I admired Han Kang’s The Vegetarian (also deftly translated by the prodigious Deborah Smith), yet it did not resonate with me like Human Acts. There were moments in Human Acts that made me dizzy, so powerfully did they conjure up the sorrow and the anguish of 1980. Human Acts will take its place alongside Darkness at Noon and other great works of literature that stand both as important historical monuments and monumental works of art.

In recent months, there has been a resurgence of interest in Gerald Murnane, one of Australia’s most distinctive authors, and one of our most independent thinkers. Murnane does not use the Internet, has never left the country, doesn’t like Peter Carey… and hates the sea. My own new novel is set, in part, in the Australian centre, so I wanted first to read The Plains, one of the most remarkable books yet written about what Murnane terms “Inner Australia.” Is this a place or is it a state of mind? Murnane’s novel hovers between sci-fi, poetry, history, geography, semiotics and theology. Dreamlike, it is somehow both immediate and elusive, and I found myself reading aloud – something I will rarely do alone– hoping to slow my thoughts and better taste Murnane’s unique language. He would indeed be a worthy candidate for the Nobel Prize, as some have suggested. In classic Australian style, the conferral of global prestige might belatedly rouse Murnane’s homeland to see the master in their midst. The Plains is a brilliant novel.

Francis Spufford’s Golden Hill does not need much introduction. The picaresque tale of Mr Smith, a mysterious young man who arrives in the New York of 1746, this debut novel has received plaudits and praise from all corners of the reading world. I have been a Spufford devotee for over a decade. I adored his memoir of childhood reading, The Child That Books Built, and loved Unapologetic, Spufford’s exploration of his Christianity. Given my interest in Communist history, it’s a wonder that I’m yet to read Red Plenty, but will get around to it eventually. Golden Hill is crack for literature and history lovers. Brimming with wit and intellect, Spufford stands tall astride the warring blocs of “literature” and “fiction” and says, no thanks. A reminder that there need be no compromise between story and craft, Golden Hill is tremendously rich in every way.

The Build-Up Season takes readers into the world of Iliad Piper, growing up in the Northern Territory of Australia. Jacobson maps the landscapes of young hearts as deftly as she maps the water, land and sky of a part of Australia so often hidden from (and by) our country’s coastal art scene. Murnane would approve. There is darkness here, but also humour. Jacobson locates moments of redemption in unlikely places. At once soap operatic, intimate, and as epic as the northern sky, this is fiery and lyrical writing about family, friendship, adolescence, and home. Megan Jacobson is one of the best writers in Australia today.

Jack Heath’s Hangman is, by the author’s own admission, not for everyone. But then again, no great work of art ever is, and I have an instinctive mistrust of anyone (artist or otherwise) who wants to please us all. Heath is one of Australia’s most beloved and best-selling authors for young readers, yet here is his debut novel for adult readers … and his id is off the leash. Hangman is a pulpy and perverse delight. Timothy Blake – it is not really spoiling to explain – is a cannibal in the employ of the FBI. Blake helps solve unsolvable crimes, and the FBI … feeds him bodies. Pre-empting the obvious – as if Thomas Harris had any monopoly on cannibalism to begin with! – Heath makes Blake young, rough, streetwise, and precisely the sort of person Dr. Lecter would avoid in the street. This is a gobsmackingly (or lip-smackingly) violent tale, but it is also bizarre, hilarious, and a stealthily astute commentary on post-financial crisis America. Give me more.

Tessa Lunney’s debut novel arrives with a remarkable pedigree. Dr Lunney has a PhD in Creative Arts and has won the Griffith University Josephine Ulrick Prize for Literature for this exquisite piece of writing, as well as appearing in all the great and good literary journals of Australia. Tessa is also one of my dearest friends in the world, so it was with great anticipation that I read her debut novel, both in draft and final form. Happily, April In Paris, 1921 is an irresistible delight, introducing readers to Australian war nurse and spy, Katherine King Button, or Kiki to her friends. Exulting in place and time, Lunney navigates the narrows between Francophilic fantasy and realism with elan, whilst the novel’s historical and psychological undercurrents offer a compelling counterpoint to the boozy sensuality of ’20s Paris. Like one of Kiki’s cocktails, this is to be read in thirsty gulps. I would call this a guilty pleasure, but, as Kiki might ask, why should pleasure always be thought guilty?

The Spy Who Came In From the Cold

John le Carré’s Legacy of Spies takes us back into the world of George Smiley, Peter Guillam and the Circus, indeed back into the events of The Spy Who Came In From the Cold, the novel that launched le Carré into the stratosphere of great contemporary novelists. The Spy Who Came In From the Cold and Tinker, Tailor, Soldier, Spy were already looking back at the passing of a generation of spies (avatars for different aspects of the soul of Britain and her Cold War friends and foes alike). Legacy of Spies looks back again, this time from the even further vantage point of post-Brexit Britain, spiritually adrift and still at war, both within and without. In my early twenties, I thought le Carré’s worldview was too cynical. Now in my mid thirties, I know I was wrong.

Le Carré, much like Smiley himself, remains a voice of conscience in dark times, yet not a pious one. Both lament the West’s great failures, its sins of commission and omission, yet there remain lingering hints of Old World romance and a dream of hope for renewal. Legacy of Spies plunged me obsessively back into le Carré Land, so I revisited The Spy Who Came In From the Cold and Tinker, Tailor, Soldier, Spy, along with the brilliant television adaptation of the Smiley novels starring Sir Alec Guinness. In infantilising times in Western politics and culture, le Carré offers a clarion call for a revival of that most unfashionable of concepts, the grown up.